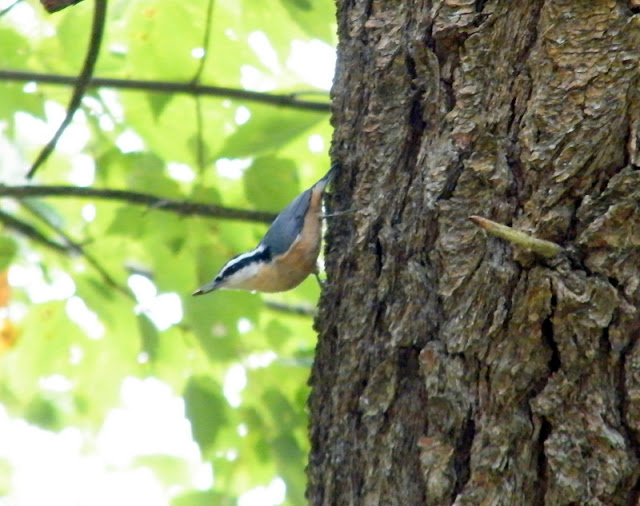 After seeing all of the Red-breasted Nuthatches and Red Crossbills at Coldbrook Road this past weekend, I figured it was time to do more data crunching courtesy of eBird to see how our little feathered friends were doing numbers wise since the last time I checked. 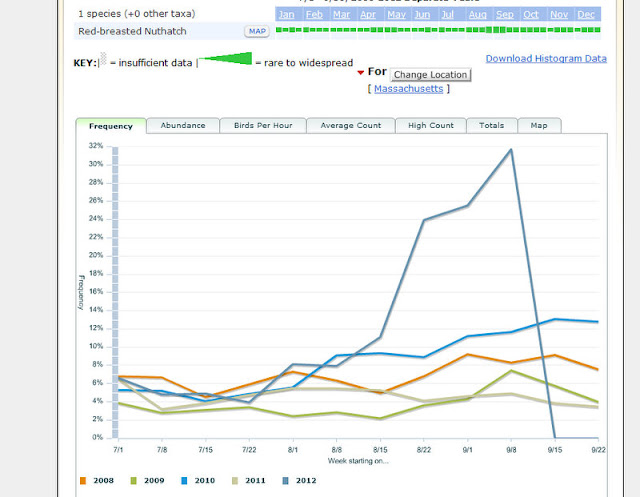 And as you can see the number has increased dramatically with close to a third of all checklists in the state including the nuthatch for the week ending 9/8 (note the large drop for 9/8 as those numbers are not updated yet). 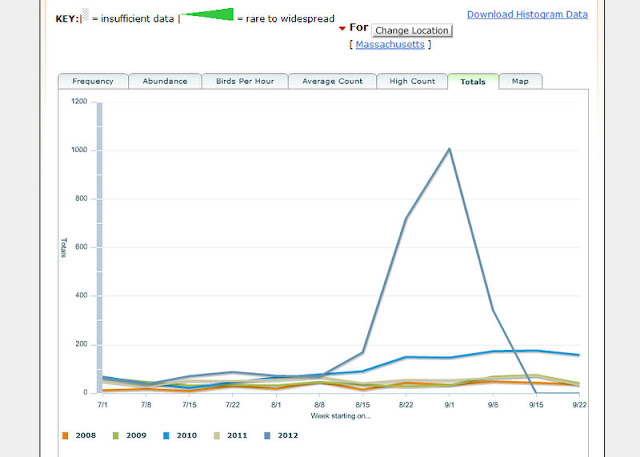 And now for total Red-breasted Nuthatches where we broke over 1,000 sightings during the first week of September. 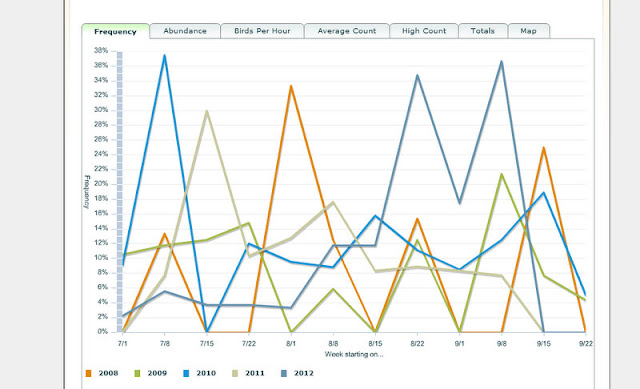 The next chart shows Worcester County Frequency and while the chart is all over the place, you will see 2012 starting to climb above all years during the week ending 8/15 and continues to climb with a frequency of close to 37% of all checklists for the week ending 9/8/12. 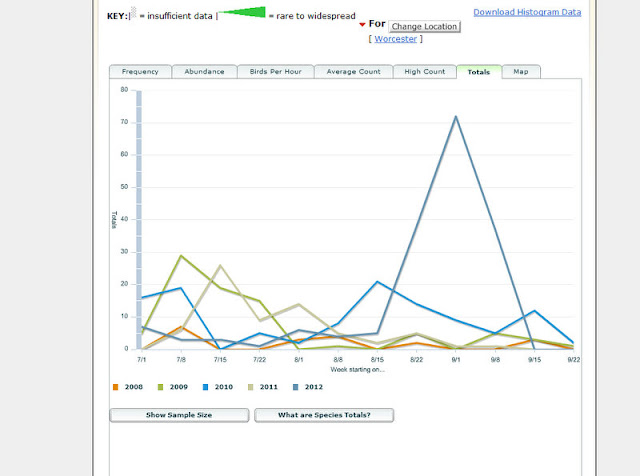 And here are totals for Worcester County which you will see is not as noisy, but the numbers started to jump during the same time frame with close to 75 Red-breasted Nuthatches for the week ending 9/1/12.

Seeing these impressive numbers I decided to look at Worcester Counties highest count in one day. 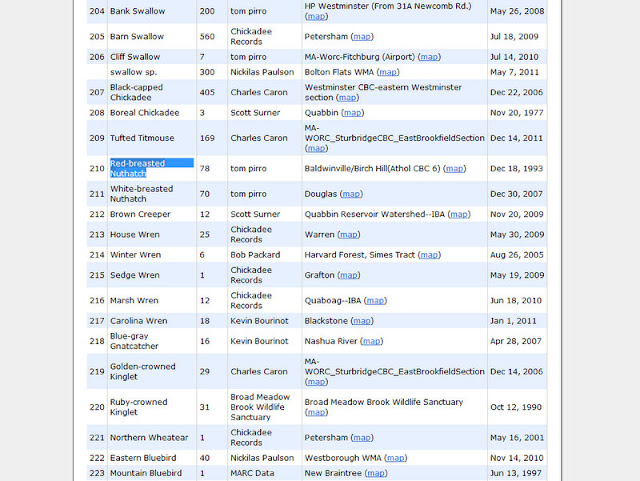 Which would go to Tom in 1993 (Athol Christmas Bird Count?), with a total of 78 so it will be interesting to see what we are getting numbers wise for our CBC's this year and as we all know Red-breasted Nuthatches are welcome birds to get for this event!

The other bird that has a potential for irruption this year are the Red Crossbills and many of us in Worcester County have been fortunate enough to see this bird the past couple of weeks so I decided to look at that in more detail as well. The date above is Worcester County frequency and as you can see there's not much to see!  ;-).  I'm guessing the charts will start to make more sense as the month of September progresses but it's still telling when you see that 2012 is the only year that shows any numbers of Red Crossbills for the last week of August and first week of September. 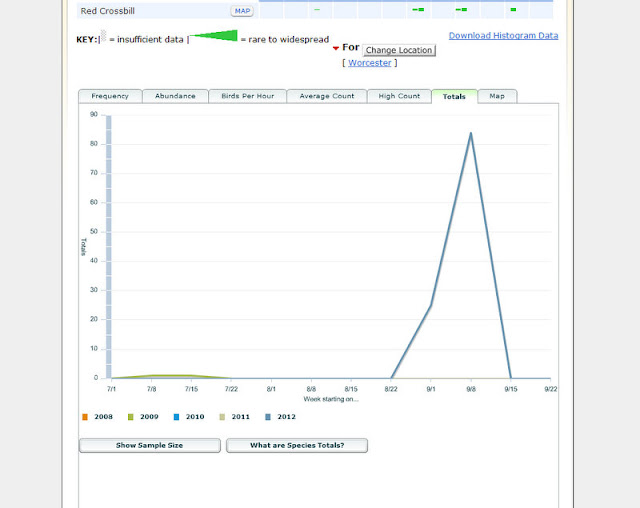 And now for totals which is probably very misleading considering many birders had their crossbills at Coldbrook Road and entered them into eBird so there's probably a lot of dupes in that number. 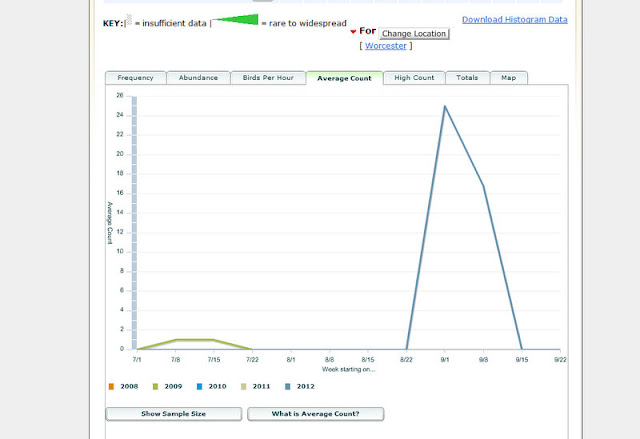 And the final look at Red Crossbills by average count which makes more sense and as you can see 2012 is all by itself for the last week of August and ending the first week of September. 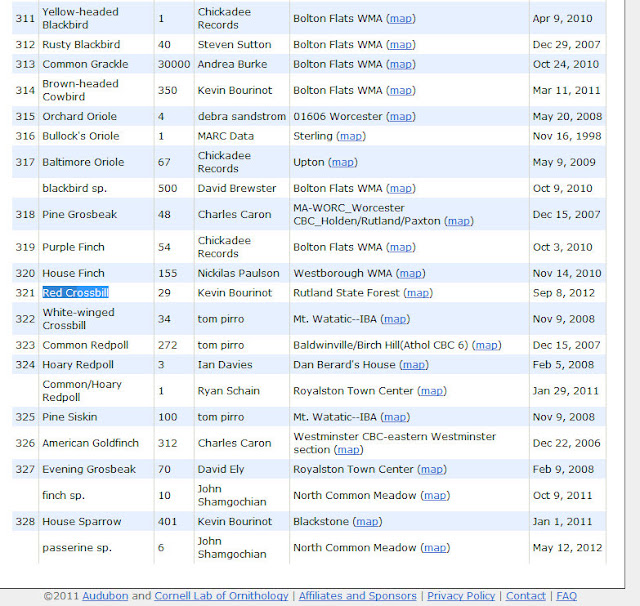 With our highest count of this bird reported by Kevin just this past week. 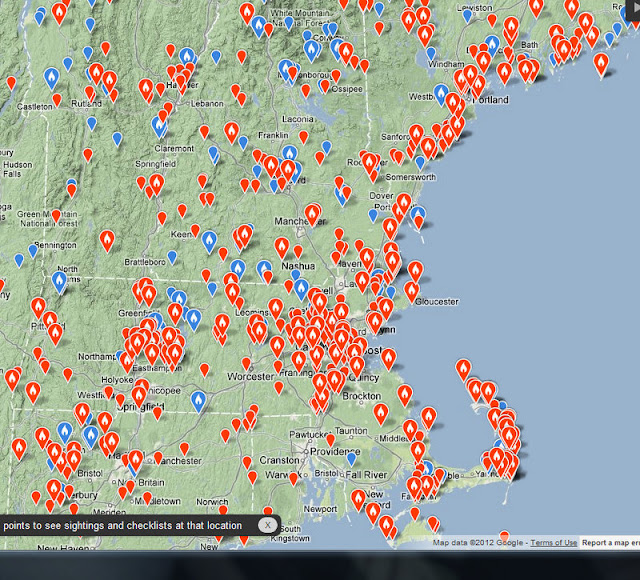 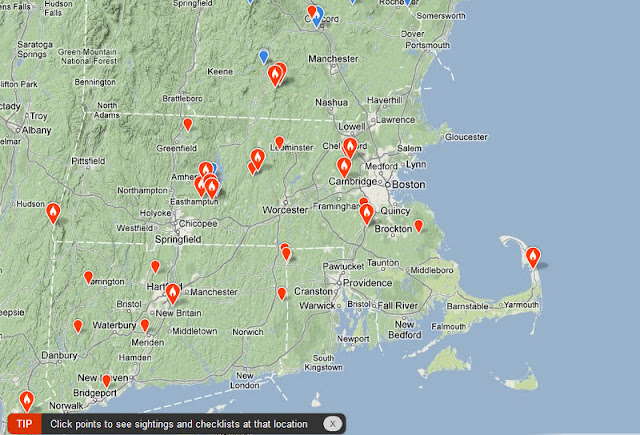 And now for the Red Crossbills and while they are not nearly as impressive, you will note that most of the markers are only red which means most of the sightings of these birds were reported in the past month!

So there you have it folks!  While I'm very excited to see these birds venturing further south than they usually do, I have to admit it has me worried because it's most likely due to crop failure further north which can have a severe impact on our feathered friends and hoping they find food wherever they venture to.  It will be interesting to see if other birds decide to join the Red-breasted Nuthatches and Red Crossbills and am looking forward to the Boreal Bird Forecast scheduled to come out this fall.

certainly a great year for both species 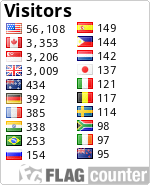