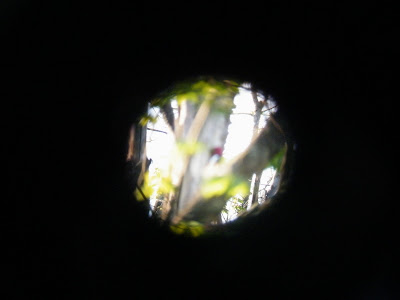 I did my first bird-a-thon ever this weekend which is a fund raiser for Mass Audubon where you can bird from 6PM Friday to 6PM Saturday with the objective to get as many birds as you can within that time frame. I did it around my local area with Alan and while we wanted to get a good bird count, we were not doing it to be competitive per say, but just thought it would be the perfect excuse to get out there and bird hard without thinking we had a birding addiction or anything like that as we were doing it for science and it was our citizens duty of course!!
Our first stop would be Oxbow as Alan had discovered a very cool bird there earlier in the day and I would find out by one of his torturous emails he loves to send me while I am office bound. Anyhow, we decided to go there before Bolton as I really wanted to see it because it would be a Worcester County first for me. We had met up with Kevin B there and we all searched for it again and Kevin would finally spot it. I would manage one REALLY bad photo above, but thought I would share it anyhow, to test all of your skills. Anyone want to take a guess???
Why it's a Red-headed Woodpecker of course! HA. Not exactly the "killer looks" I had in Dracut last year of one, but I find this one more special because it's Worcester County which makes in even sweeter. Seriously, what a way to kick off a bird-a-thon so thank you Alan! 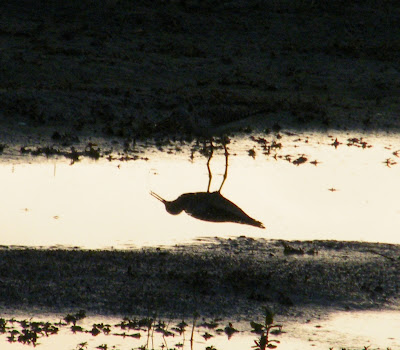 After Oxbow, we would head to Bolton Flats and the parking lot would be full with birders all participating in the bird-a-thon. As soon as we got out of the car we would get the American Bittern that has been there recently as well as the usual Yellow Warblers and Blue-gray gnatcatchers. The mud at Bolton is starting to dry up but we did manage to get a good amount of shorebirds including Semipalmated Plovers, Least Sandpipers, Killdeer and both Greater and Lesser Yellowlegs, like the Lesser above.
We would also run into Fran and Dave at the parking lot and do some chit-chatting as the sun was just starting to set and were lucky enough to hear one lone American Woodcock peenting which is always the perfect way to end an evening of birding (would have loved it even more though if there was a Eastern Screech-owl to go with it though, but beggars can't be choosers I'm afraid. 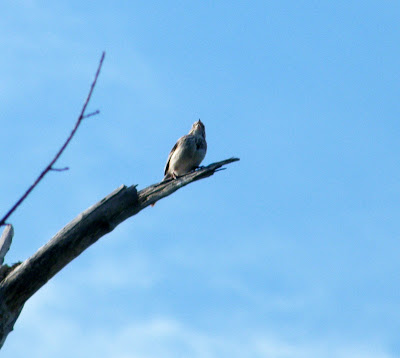 We would head out bright and early again this morning with our first stop being Brierly to get all of the breeding birds that reside there as well as some hopeful migrators passing through. The woods would be alive with bird song coming from every angle including the Song Sparrow above 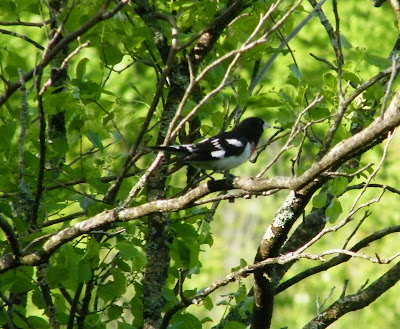 We would also come to an area with quite a few warblers including a Black- and-white, Blue-winged, a couple of American Redstarts, Common Yellowthroats and Ovenbirds. There would also be a Baltimore Oriole, Scarlett Tanager and the Rose-breasted Grosbeak above thrown in for good measure. 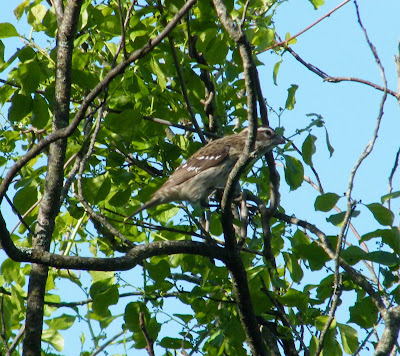 We would soon find out he had company as the misses decided to reveal herself as well which was very welcome because I haven't see a female yet this year. 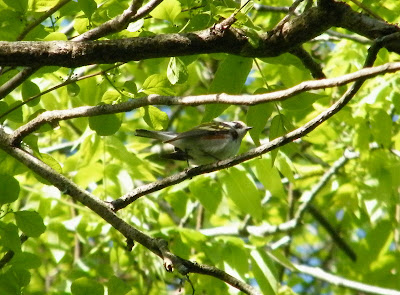 As we made our way back we would hear a Wood Thrush, Eastern Wood-Peewee, Great-crested Flycatcher, Veery and the Chestnut-sided Warbler above. 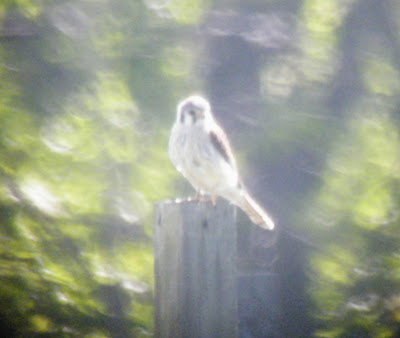 We left there and made a couple of quick stops at other places and got some raptors including the American Kestrel above which we are going to keep our eyes on as there are two of them and we are hoping they are nesting. We would also see the two Red-tailed Hawks in Sutton with the male doing this display fight again?? as well as the Osprey in Grafton where we could see an Osprey in the nest. Also wanted to note we got the Grasshopper Sparrow in Sutton while we were there which is always a bonus and a Turkey Vulture that was totally loving the wind gusts we had today as it flew around the open land never having to lift a wing. There would also be a Wild Turkey there who was lurking around and staying real low as it wasn't 12 noon yet so it still had the potential of being on someones dinner plate this evening due to turkey hunting season that is still ongoing. 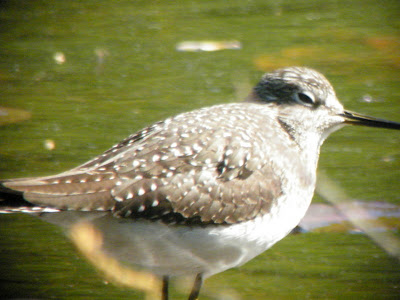 Another highlight would be seeing this beautiful Solitary Sandpiper in Sutton. Seriously, there is something about seeing a shorebird that will automatically tranquilize me and I can watch them all day. It puts me in the same zone as hawk watching in that it's almost a form of therapy for me kind of like yoga because it's so calming vs. birding for warblers which is more like gymnastics at times so it's always a treat to get a shorebird, especially in places where you don't expect them! 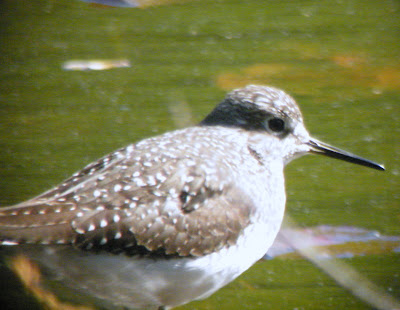 Sigh, such a beautiful bird and one we were glad to get today because we didn't get them at Bolton last night. We would hit a spot or two looking for a Spotted Sandpiper to complete our list, but alas not today. 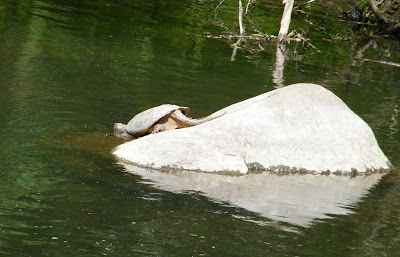 While we didn't get the Spotted Sandpiper at the Millbury Cemetery, we did see this very large Snapping Turtle above, as well as both the House and Carolina Wren (we actually found their nest), a couple of Northern Rough-winged Swallows as well to add to our list. 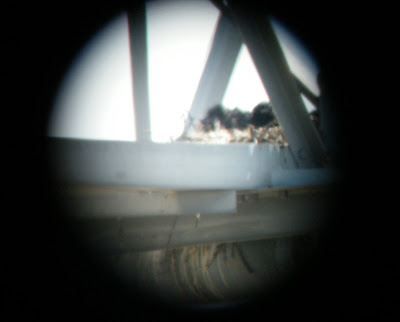 We would make another stop in Millbury to check on the Common Ravens and I was thrilled to see that nesting was successful this year as you can see in the picture above where you will see at least three youngins peeking out of it. 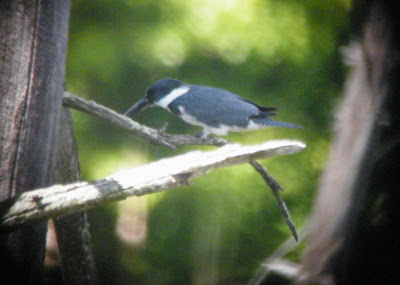 Of course what would any local birding be without a stop at St Philips where we would get one of the Green Herons, a first of the day House Finch, as well as the Belted Kingfisher above. 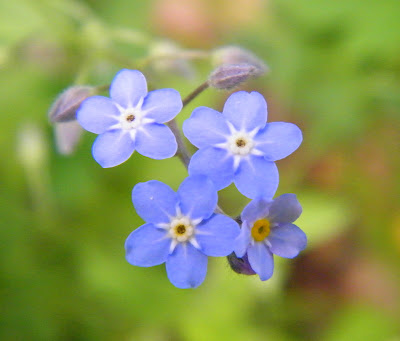 Our last stop would be the Great Meadows in Grafton as it was getting late and the birds were starting to quiet down, but I hadn't been there since last year and wanted to see if there was perhaps a Magnolia Warbler there. I would see the pretty wild flower above and take a picture as it was so tiny and pretty. Have no idea what it is, but love it. 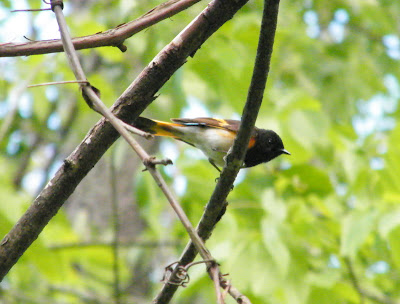 There would be plenty of the usual warblers there including this very handsome American Redstart above and its mate would be close by gathering nesting material. 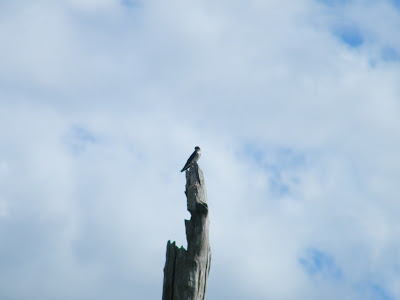 There would also be quite a few Tree Swallows like the one above. 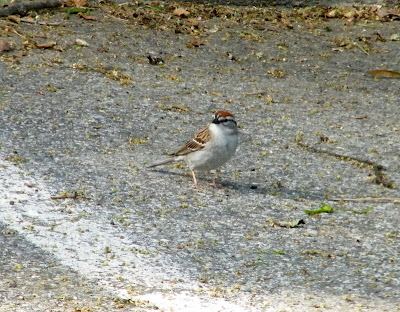 Our last stop would be Brood Meadow Brook to drop off our lists and donations and I couldn't resist one more photo of the many Chipping Sparrows we would have today!
All in all, it wasn't too bad as we were able to get 81 birds today. I would only get one first of the year which was the pee wee, but there is always tomorrow of course! ;-)
Take care all
Posted by Kim at 6:42 PM

My educated guess regarding the identity of your striking blue wildlflowers is that they are either True Forget-Me-Not (Mysosotis scorpioides), OR Round-lobed Hepatica (Hepatica americana). At present, I'm leaning towards True Forget-Me-Not